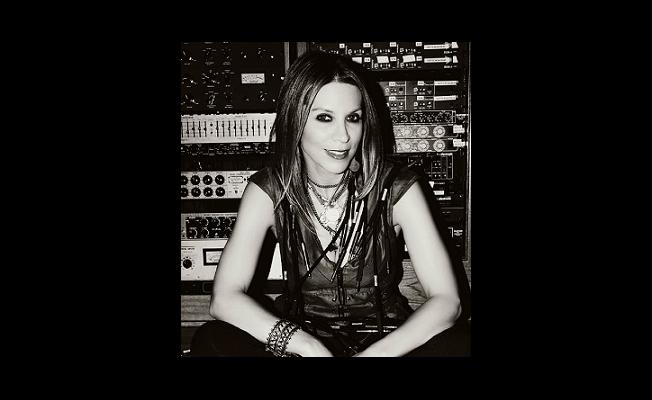 BY A SHOOT STAFF REPORT

SANTA MONICA, CALIF. — Christina Rust, sr. business affairs manager at 72andSunny, is seeing more instances at her agency in which original music for advertising is being licensed, a departure from the norm over the years which has had clients automatically taking ownership of original compositions. She conjectured that a tough economy and tighter budgets have factored into this development as houses are willing to work within these budgetary constraints as long as they ultimately retain equity in their compositions.

She added that so many more artists and performers are “willing to compose on spec than there used to be…An artist is not going to entirely turn their track over to a brand” and this has fed into the licensing of original music scenario. This in turn has stirred more recent conversation within 72andSunny about “when it’s a good thing to license and when we need to own the track.”

Annie Uzdavinis, a founding member of the poolhouse, a collective and community of freelance agency producers, related that the licensing of original music first prominently came up for her eight years ago on a job out of McCann San Francisco. She noted that in that instance it wasn’t about the budget but rather about utilizing an up-and-coming artist and giving that talent the opportunity to have a full-length song. This could be beneficial to the performer’s career, with the bonus of the music from that song being in a spot and gaining attention. Anyone curious about the track could get more info on the advertiser’s website and the full track could be bought on iTunes. It was a win-win situation for all involved. “It lifted all the boats,” said Uzdavinis.

Rust and Uzdavinis shared these observations during a panel discussion—titled “What Does Your Budget Sound Like?”—last month presented by AMP and the poolhouse—and hosted by Lime Studios in Santa Monica. Other panelists were Nicole Dionne, creative director and founder of Primal Scream Music, which provides music supervision and original music for advertising, TV and film; Jason Kramer, music and concept supervisor for music and sound house Elias Arts; Brian O’Rourke, executive producer at TBWA\Chiat\Day, L.A., whose focus is on that agency’s branded entertainment division; and Tanvi Patel, partner, president/CEO of Crucial Music, a one-stop shop for licensing independent music to films, TV shows, spots and video games. The evening panel discussion was moderated by Robert Goldrich, editor of SHOOT.

O’Rourke shared that quite a few years ago when he was at smaller independent agency WongDoody, he saw many licensing of original music deals primarily born out of a financial decision. He recalled that the discussion with the music house would be along the lines of “this is all we have but once it’s done, it’s yours…That’s how I learned this horse trading.” But now at TBWA\Chiat\Day, O’Rourke has a wide range of clients—large ones with a certain way of doing things, others smaller and “more open to this [licensing].” He noted that the agency pulls royalties from certain tracks it uses. Larger clients, he explained, ask how did we save them money this year? Royalty recouping is one way. “If we own the music, we can do that.”

At the same time, continued O’Rourke, with different artists able and interested in doing commercials more so than ever before, the licensing of original music is emerging not for monetary reasons like back during his WongDoody days but as a “deal to get the best talent.”

Elias’ Kramer noted that he’s seeing licenses for varying lengths—a year, six months, four months. And even though the music company gets the song back, it can’t use it for another car company if the original user was an automotive client. Product category exclusivity is the norm.

Several pieces of work were shown to kick off the panel discussion, including Fruit of the Loom’s “Trampoline” from Primal Scream, winner of Best Original Song at the 2013 AMP Awards. Dionne noted that the artist, Mindy Gledhill, gets the track back after a certain amount of time, and the brand will benefit once that song is on her album.  Dionne said that “Trampoline” is not a song that Gledhill would have done “without the inspiration of what the brand wanted and what the creatives had in their minds.” Gledhill’s career “has taken flight” due to the attention that spot has generated, continued Dionne who affirmed that the ad community has the “ability to inspire the music industry and songs coming out of recording artists that they are proud of.”

Original vs. licensed music
As for the prevalence of original music vs. the licensing of existing music, Rust said the percentages ebb and flow. She guesstimated that currently the mix at 72andSunny is about 60 percent licensed music and 40 percent original fare.

O’Rourke said simply, “It depends” on the nature of particular projects. He recalled that historically when there was no time and no money, you’d forget about licensing and just go to a music house you trusted, have a great conversation and in a week you would have different options to choose from. Now, though, that week has become a matter of hours which he described as “amazing and brutal for all of us.”

The other big difference today is that artists are much more interested in commercials and branded content, and music publishers need to find new revenue sources with the decline of the music industry.

Publishers, he said, have targeted ad agencies, making music licensing easier, and providing ready access to various options. With so many clients, TBWA\Chiat\Day is “kind of all over the place” in the original and licensed music landscape, related O’Rourke.

Crucial Music represents the work of independent artists and composers. The company, explained Patel, doesn’t create new music but rather has an extensive inventory of tracks available to agencies and brands. “We go through roughly 10,000 tracks to find something that will match their [agency/brand] specs. Sometimes we get footage. A lot of times we don’t…so it’s kind of a blind pitch.” At times, she continued, agencies come to Crucial because they can’t license a specific song that’s expensive. They are seeking an alternative to create the same mood or feel. Sometimes they are looking for a track to replicate what they originally had in mind. In an ideal world, though, Patel noted that agencies and brands should instead aspire to embrace what makes independent artists, including those on the Crucial roster, special—namely their unique sound.

Kramer noted that there are hybrid pieces as well, citing the Taco Bell “Viva Young” screened for the audience at the AMP/poolhouse session. Elias did the re-arrangement of a track from the band Fun for the 2013 Super Bowl spot. The prior year, Fun’s “We Are Young” experienced a surge in sales right after serving as the track in Chevy Sonic’s “Stunt Anthem” Super Bowl ad.

Wish lists
Turning out worthwhile creative work within budgetary constraints can be a daunting challenge. While the panelists have met that challenge, they were asked what they’d like to see in the marketplace to nurture the optimum final product.

Kramer said he comes “from an old school mentality,” hearkening back to the days when you “let the music guys do the music, let the editors do the editing, the film people do the film.” He observed that in today’s world there’s “a lack of loyalty” between agencies, clients and companies. “My wish is we get back to those Mad Men days” where “you worked with a person you really like and develop a sound with them.” Kramer added that he hasn’t seen “a really good sonic brand in years” and perhaps that holy grail would be less elusive with the collaborative loyalty and trust of yesteryear.

Dionne noted, “I would give up work to other music companies gladly for agencies to be committed to one company.” She said that this kind of commitment is what makes work like Fruit of the Loom’s “Trampoline” possible.

This scenario is a far cry from the demo dynamic that some view as pervasive. Uzdavinis noted, “I’ll say to the [agency] creatives, ‘You don’t like to be in a creative shootout with other agencies. Why don’t we look at different music companies and figure out who we think is going to be the best fit and commit to them…Maybe it’s committing to them to work against a demo but they know they’re not in a creative shootout. Maybe things take a left turn and we have to pay a demo fee and move onto somebody else. I’d rather be in a committed relationship and work the hell out of that relationship.”

Asked if the demo process—where quantity has seemingly become the spice of life—has taken on a life of its own, Rust shared, “Our agency has fallen a little bit into that because so many production companies have come to us and say ‘we’ll demo for free’…My personal opinion is that it just creates a mess. There are certain circumstances where that works but in general it causes chaos.”

O’Rourke observed that when he looks back on the work he’s most proud of, the common denominator is trust—trust between the creatives, between agency and client, agency and vendors, the latter being “that we found the right people” for the project. “I don’t like to go out and demo multiple houses—that breaks down the trust element a little bit.” Agencies, he said, rationalize demoing in that clients do that to them, pitting one shop against another creatively. Still, said O’Rourke, “we strive to keep that trust” with those we work with. “That’s important.”