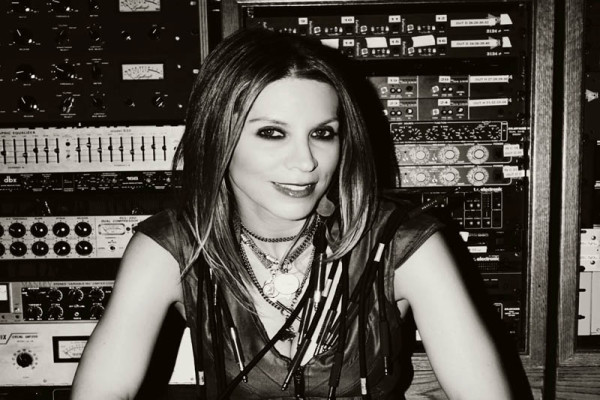 Tangled Up In Austin

It was an interview that almost did not happen. We had arrived at the gate of the renowned, yet cozily unassuming Cedar Creek Recording Studio, only to find we could not gain access until a neighborhood kid came to our aid. Nicole Dionne, founder and creative director of PrimalScream Music, soon entered the studio as polished as one might expect of a successful L.A. music professional, but as relaxed as her well-worn (and Austin-bought) Western boots.

She is clearly no stranger to ATX, as the boots, the locally handcrafted jewelry she wears, and her air of absolute ease indicate. She is also in her element here at Cedar Creek, discussing and doing what it is she does best — music production. Despite her L.A. origins, she has been working and collaborating with studios and musicians here in Austin for the past decade.

In the past year, and with the development and formalization of PrimalScream’s relationship with Cedar Creek, she has decided against the typical bi-coastal L.A./New York combination of studios, in favor the second base of operations for PrimalScream here in Austin.

“It takes finding the right place to bring your clients and your talent,” she says. Though Austin has noted country roots, Dionne knows better, “While there are those who think that Austin is a one trick musical-pony, I know from experience that it’s the exact opposite.” And she is ready to get involved. 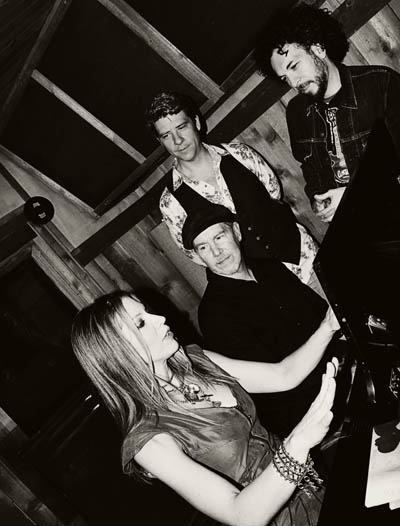 It is the eclectic and varied nature of Austin’s music scene that has attracted Dionne and PrimalScream Music, which proudly proclaims its goal as placing “famous established artists and emerging talent at the forefront of commercial music.” She and PrimalScream will contribute to the development of the music industry here in Austin. For hardworking talent currently paying the bills with nights of playing covers, PrimalScream’s presence presents serious potential.

As the head of an established and growing company that works to produce original music for music, television, and film, Dionne has also achieved great success in branding as well as recording. She is humble about the fact that her much-loved L.A. base of operations just happens to be located in The Village Recorder — the famed recording studio and creative co-operative that has been the scene for recordings by numerous big names such as The Rolling Stones, Dr. Dre, Bob Dylan, Pink Floyd, Rage Against the Machine and The Smashing Pumpkins. It is obvious why Cedar Creek is a perfect fit for PrimalScream, with its similarly impressive resume of musicians and recordings, commitment to quality production and relaxed atmosphere.

Dionne succinctly sums up the PrimalScreams’s professional and commercial purpose in the music industry. “If a picture is worth a thousand words, picture with amazing music is worth a million,” she says. “You can tell a lot about a person by what’s on their IPod, and a lot about a company by the music that they use.”

It is evident that she clearly loves her work and certainly finds meaning not only in music, but the connection that it can provide, whether between performers and audiences or customers and companies. Given her appreciation for Austin, her experiences both here and in L.A., and some of her past projects and successes, it may be incorrect to introduce either Dionne or PrimalScream as a “new” addition to the Austin scene. She been collaborating with musicians and professionals both at Cedar Creek and in general in ATX, and it is likely that much of the city is already familiar with her work with PrimalScream, whether they know it or not. Readers who may have seen the channel introductions on Starz or the opening of FX’s “Sons of Anarchy” have already sampled a taste of Dionne’s hard work. PrimalScream’s list of client companies also includes Ford, AT&T, Nike and Guinness. Regardless of the company’s prior achievements, her official appearance here is sure to make waves. 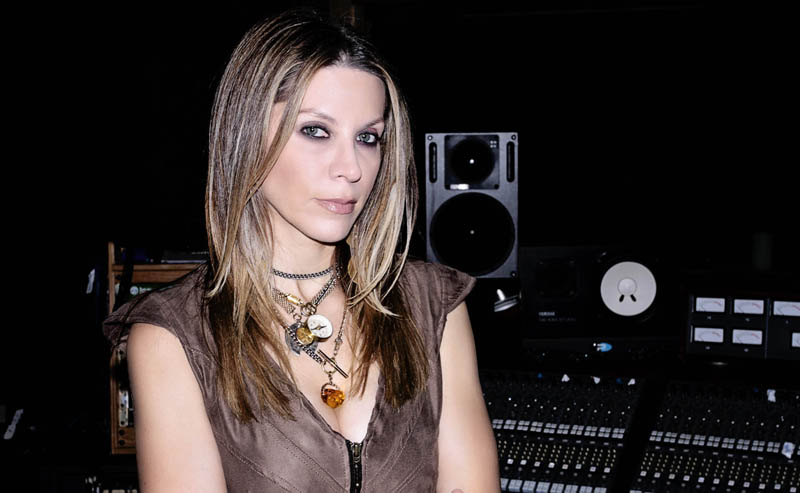 Having worked with a variety of both professional clients and scores of musicians, Dionne and her coworkers at PrimalScream certainly have stories to tell. When asked what an average client is like, she chuckles and responds that she has seen and worked with a wide range of personalities and approaches. There are clients who are hands off, and then there are those “who want to get in the trenches of the creative process,” she explains, smiling. No matter what their preferences and interests, Dionne helps them all create something that is simultaneously professional, personal, and representative.

I am curious about how Dionne, who is not a musician herself, works so successfully with performers and companies in their musical endeavors. To her, the answer is simple: “It’s all about human emotion,” hitting upon the truth that music affects all people, regardless of personal skill with an instrument. She sees her role as one that facilitates and creates a particular feeling. 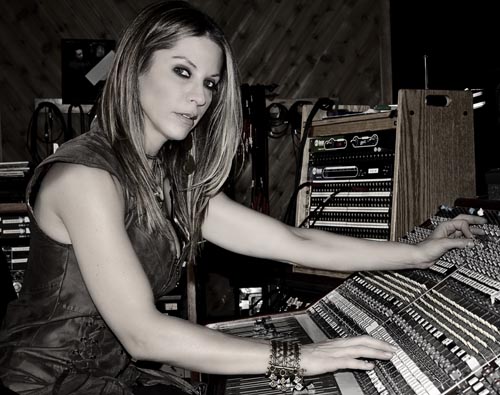 It was this desire to work with sound and music in order to “speak human emotion” that drove the development of PrimalScream, and to an extent, even inspired the company’s name.  It is certainly a unique moniker, one that Dionne says was inspired by reading about John Lennon’s interest in the notion of “the primal scream.” The phrase seemed to cut to the core of what it was that Dionne loved about her work, the notion of conveying something intensely human via sound, and it became the ideal name for the company.

Apparently, it is an ideal approach and perspective for her clients as well, as her unique approach, hard work and consistent passion have paid off in recent years. PrimalScream has won numerous awards for its high quality and compelling productions. Shortly after its creation, it won awards from both CLIO and the Association of Independent Commercial Producers (AICP). The company has continuously garnered numerous other clients. She and PrimalScream collaborated with A-list film directors including Ang Lee and Guy Ritchie on “The Hire,” a series of short brand films for BMW starring Clive Owen, Madonna, Forest Whitaker and Mickey Rourke.

As the photo shoot and interview wrap, Dionne is busy coordinating her evening so she can complete her work but also take in what the night’s music scene has to offer. She flies back to Los Angeles tomorrow but will no doubt be back in Austin soon enough. Considering the immense amount of dedication, experience and opportunities that she and PrimalScream bring with them, there can be no doubt that the city will welcome them with open arms.