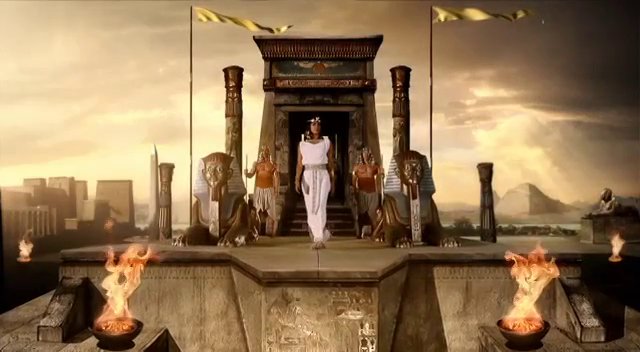 LOS ANGELES–(SPW)–
Cinematic and audacious, “The V” for Summer’s Eve® is a masterfully directed Kinka Usher spot that unfolds like a blockbuster feature film trailer with a smile inducing twist. To match the spectacle of the commercial’s visual experience, agency The Richards Group engaged www.primalscream.audio.>PrimalScream Music to harness the power of the V in a grand overture to the vagina. The story of love, power and hygiene launched theatrically on over 2,500 screens nationwide and is airing now.

To create the authenticity of a movie score, www.primalscream.audio.>PrimalScream Music’s Creative Director Nicole Dionne handpicked collaborator Klaus Badelt (Pirates of the Caribbean, Gladiator) for his invaluable feature film and trailer experience as well as his penchant for explosive scoring. The two creatives have worked together numerous times with great success including on the groundbreaking BMW Films short directed by Wong Kar-Wai. During the process, Dionne, Badelt and the agency team were thrilled to record a live orchestra and choir to add awe-inspiring dimension to the vibrant composition. Final mix was done at The Village Recorder, Los Angeles’ famous recording studio in which PrimalScream is based.

“The V” was shot by legendary DP John Toll and edited by Tom Muldoon, and features VFX by The Mill. The spot will screen in theaters throughout July and is slated to air on various cable networks including Bravo, VH1, MTV, Oxygen and E!.

“Our process is about creating engaging music that truly enhances our clients’ vision and boosts the audience experience,” says Nicole Dionne. “Given the feature talent involved with ‘Hail,’ our approach and vision was to honor the amazing trailer concept with a movie score approach to fill the room, whether a theater or at home.”