ADWEEK – AD of The Day: McDonald’s

Hey there, puny human. Get your fleshy self into gear and over to the nearest McDonald’s, stat. If you’re late, you might find your jones for a frugal soda will go unquenched. Not because the special deal you saw on TV is going to expire, or anything trite like that. No, you’re going to be foiled by a pack of marauding aliens who raided the joint and stole the fountain machine. Seriously. Just try choking down that Big Mac without an ice-cold bucket of high-fructose corn syrup to chug alongside it. So says this bizarre ad for the brand from Dallas agency Moroch. At first blush, the extraterrestrials look like a stern, foreboding bunch, all slit-mouthed and squint-eyed and evil. As it turns out, they’re more akin to Jar Jar Binks—distant cousins, perhaps—who despite his good intentions and oafish charm, can still be credited with ruining the universe (or, at least, the Star Wars franchise). Whether George Lucas is flattered that anyone might copy his terrible alien, or wants to sue Ronald McDonald for idea theft, is really up to him. But given even the slightest resemblance, we’re disinclined to trust these creatures’ gleeful endorsement of the floating pop dispenser’s contents. And based on the ad’s catatonic representative of Homo sapiens, you might have a hard time getting your drink—fountain or no. 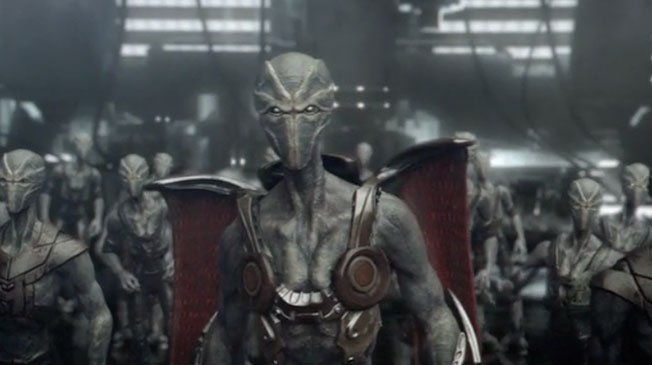