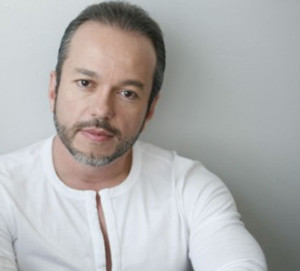 Edgar Cortazar has been a part of PrimalScream’s Hispanic and Multi-Culture Division. He has worked with us as a singer, a lyricist, a project coordinator, and more. Edgar received an award for “Mexican Regional Song Of The Year” for the 2006 Latin Grammy, as well as three other nominations.

Born into a musical family, Edgar Cortazar has always had a creative influence. His unique style has been featured in a variety of productions in many roles, including lyrical adaptations and professional vocals for countless musical productions, such as Ford Motor Company, Disney, Chrysler, Toyota, Telemundo, Univision, Frito Lay, Bimbo, Mexicana, Aeromexico, Channel 22, Televisa and TV. Azteca, to name a few.